BEWARE OF THE FALSE THEOLOGIANS

WHEN HELL IS FILLED WITH MERCY

Ronald L. Conte Jr. is a self-professed "theologian" who has written lots of falsities about The Book of Truth. On one of his pages, he attacks many true visionaries and messengers of God by inserting them within a list that also includes the obvious false peers. One of the ones he attacks in complete error is Gloria Polo. Mr. Conte says:

Dr. Gloria Constanza Polo (www.gloriapolo.net) - claimed private revelation based on her near death experience: She claims that God said He will punish those who don't listen to her. But the Church teaches that we do not have to listen to any claimed private revelation, it is not required belief. Her narrative about what happens after death contains numerous doctrinal errors: she claims she was sent to Hell without the particular judgment by God. She claims that while in Hell she was judged by her deceased parents, not by God directly. She claims she was sent to Hell, but then somehow escaped back to this life; this too is contrary to Catholic teaching. She claimed that most of the persons in Hell were young people, and she represents Hell as if it is just extreme torture for everyone, entirely out of proportion to the type and degree of their sins (as if God punishes in Hell without justice and without mercy).

Did I read that right?! He writes that "she (Gloria Polo) represents Hell as if it is just extreme torture for everyone, entirely out of proportion to the type and degree of their sins (as if God punishes in Hell without justice and without mercy)."


Since when Hell is a place where the damned can still benefit from God's mercy? What kind of nonsense is this? Hell is the place where no love, no mercy, no peace, no sleep, no joy and no rest exist. Why? Because God is eternally separated from Hell.
How can a "theologian" claim to be knowledgeable about spiritual subjects, and then say that God punishes the souls in Hell WITH MERCY? This is total nonsense.

In conclusion, this scam artist Ron Conte Jr. is the same one who, so confident in his imagined magisterial authority, has written the most ridiculous things about Maria Divine Mercy and the messages she received (all of which have come to be true). 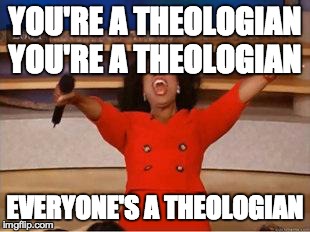